The age design includes a double invocation of X25519: once with a domain separation tweak, once with the actual secret[2]. While implementing this I wondered: can we multiply those two scalars first, instead of doing two point multiplications in a row? It would be much faster!

That is, given two scalars s1 and s2, can we find a third scalar s3 such that the following is true?

If we are working on the pure curve, the answer is simple: yes, just work out the multiplication modulo the order of the scalar field.

But! X25519 is not pure math. In fact, it takes a 32 bytes array as input for the scalar. That array eventually gets interpreted as a large little-endian number, but first it's clamped.

Clamping is this extremely unmathematical operation:

It comes straight from the original Curve25519 paper, and most of us just treated it with the deferential skepticism reserved to black magic.[3]

The first part, s[0] &= 0b11111000, is clearing the 3 least significant bits (remember, little-endian, so the first byte is the least significant). That makes the scalar always a multiple of 8, which clears the cofactor of the point that's multiplied by it.[4]

The second part is way more obscure: it's clearing the 256th bit, and setting the 255th. I (and most others I talked to) always thought it was making sure the number is smaller than q, but no: q has 253 bits, this is specifically ensuring the scalar overflows the modulo. I eventually found a mailing list post by Bernstein where he explains he's trying to protect against a specific implementation bug by making the position of the highest bit constant. Until that email in 2014, the only explanation seems to have been a line on these slides.

Ok, so the question is: is there a way to represent our product of two scalars in such a way that clamping will not change it, so that we can use a stock X25519 implementation?

Or, can we find a value s3 such that the following is true?

We start by reducing clamp(s1) * clamp(s2) by q (at which point it might not be a multiple of 8 anymore, because q and 8 are co-prime, because q is prime). Then we add q to our reduced product until we reach 2^254 (remember, modulo q it's like adding zero), and then keep adding q until we pass 2^255-1. If any of the numbers we hit in the range is a multiple of 8, that number can be passed to X25519 and it will survive clamping.

Since q only fits 3 times in the range of clamping-safe values, we only get 4 tries to hit a multiple of 8. That's not enough to be certain we will, and depending on the starting point we could get lucky or not.

For example, if we pick these two scalars

then there is a clamping-safe product

but for these two other scalars

none of the values equivalent to the product with the right high bits are multiples of 8, so there is no combined X25519 output for them.

The answer to "can you combine two X25519 operations by multiplying the scalars first" is, quite unexpectedly, "sometimes, it depends randomly on the two scalars". Cryptography is weird.

(If we really wanted to do the performance trick, we could still take a modified implementation of X25519 that doesn't clamp, and pass clamp(s1) * clamp(s2) mod q into that, but this wasn't worth forking the standard library for age.)

As an appendix, here's the Sage code I used to work this out. You can run it multiple times and observe that sometimes it will find a value s3 that matches both conditions, and sometimes it won't.

A pretty picture of the Catskills

I drove 500 miles upstate over the weekend and it blew away all my expectations. 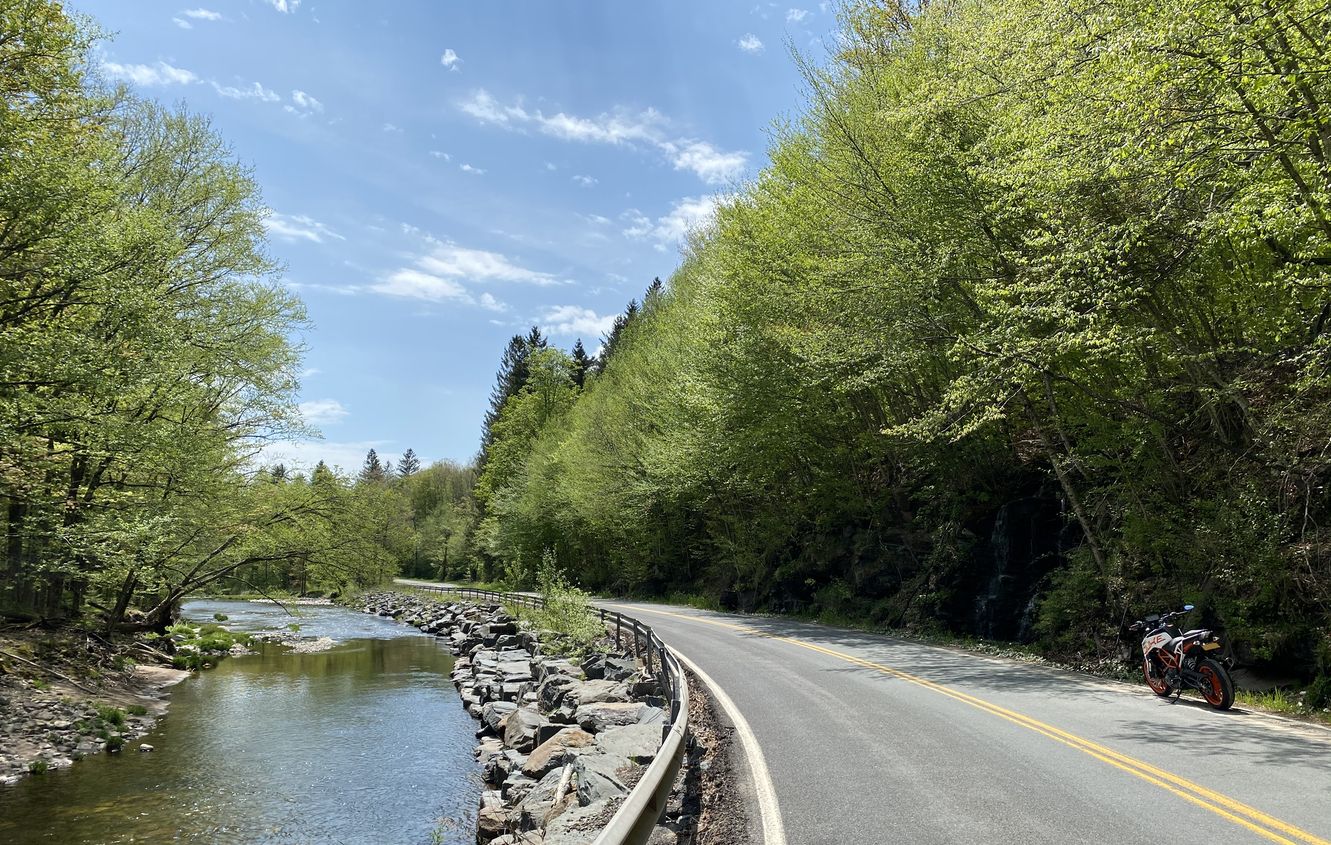