Hello World, and OpenPGP Is Broken

This is the inaugural issue of Cryptography Dispatches, meant to be quick, frequent and lightly edited discussions of cryptographic topics. Longer form can be found at blog.filippo.io. If you are not reading this in your email client, you can subscribe here.

For my first round, I am writing about the recent attack on the PGP keyservers. The overall goal of the newsletter is to explain cryptography rather than to comment on the news, so we will cover context and mechanics, not the last minute updates. Issues about Ristretto, Ed25519 in Go, AES-GCM-SIV, and OPRF based contact discovery are still coming as promised!

The point of these newsletters is to write more, so please forgive me a lower level of polish. Since I don't have any invasive tracking in these emails, reply to let me know what you think and what you'd like to read about!

This PGP flooding attack is not sophisticated

OpenPGP is an encryption and signing protocol from the 90's. It comes with a pretty idealistic solution to identity management and key distribution called the "web of trust". How it works is that you and I have a private and a public key, and once we meet and you verify that I am who I say am, you sign my public key, effectively making the statement "I am Alice and I verified that this is indeed Filippo's key". The idea is that if enough statements like that are published, they form a web, and two people who did not meet can chain a path through it to securely find each other's public key, to send each other emails, 0-days, or whatever.

I never got this to work for a number of reasons[1]. For example, it was never clear to me whether signing a key meant that I'd verified the person's identity, or that I then trusted them to verify other people's identities. In the latter case I would never sign a stranger's key, and in the former case there is no transitive trust to build chains out of. Nevertheless it's important to understand that the tooling and ecosystem exist to serve this model.

OpenPGP keys are implemented as a sequence of statements, or packets. A packet can bind a key to a user ID, it can add a short-lived subkey, it can specify the recipient preferences, it can revoke a key, or it can attach someone else's signature. Packets are never deleted; instead, a new packet is added that revokes or supersedes the old one. This property makes it possible to efficiently and automatically sync keys from multiple sources: packets are simply joined and sorted by their timestamp, and the result is a full view of the key.

The final piece of the puzzle are keyservers. Keyservers are public services that host arbitrary OpenPGP keys, so that clients can fetch unknown ones by fingerprint or user ID (in theory to then verify them via the web of trust), or update known ones to discover new related packets. There is a network of public keyservers that sync contents with each other called the SKS pool.

Critically, anyone can upload a key to an SKS keyserver, and its content will be joined with the current view of that key across the SKS network. New subkeys and preferences need to be signed by the master key to be valid, but web of trust signatures can be uploaded by anyone[2].

Now, here's a question you could ask in a job interview for a security role: what can go wrong in a system like this? It would be fair to expect an answer about abuse: an attacker might upload fake signatures in an attempt to disrupt operations. There are more subtle issues and sophisticated attacks, but this is the most straightforward one.

Well, that's exactly what's happening, and there's apparently little to do about it, even if people have been talking about this attack for years. Last year, someone even made a FUSE filesystem that stores data on the keyservers to make the point.

It took a long time to download the attacked keys to have a look at them: GnuPG—the primary implementation of OpenPGP—would flatly refuse to import them in its default mode, instead printing confusing and contradicting messages.

After forcing the use of an older local keyring format, I managed to have it download one of the keys. It took a few tries, presumably because some of the keyservers were falling over, too. Just the import took more than 10 minutes of CPU time.

Note the "54614 signatures not checked due to missing keys" message. Running gpg --list-packets reveals that most of the 17MB key is just an endless sequence of signature packets from unknown keys.

The distribution of the packed data lengths[3] is consistent with them being real signatures, where there's 1 / 2^n probability of the value having n leading zero bits, which get omitted. It looks like all the attacker did was generate a bunch of keys, sign the target key with them, and throw them away. It could have been scripted in bash.

This was truly the most straightforward attack possible. The attacker did what the system is designed to support—they signed a key with another key, they just did it a lot. (Not even GBs worth of it, a meager 17MB.) And basically the whole ecosystem came crashing down.

GnuPG can't even import my certificate from the keyservers any more in the common case. This also has implications for ensuring that revocations are discovered, or new subkeys rotated, as described in that ticket.

In the situations where it's possible to have imported the large certificate, gpg exhibits severe performance problems for even basic operations over the keyring.

This causes Enigmail to become unusable if it encounters a flooded certificate.

It also causes problems for monkeysphere-authentication if it encounters a flooded certificate.

If this spammed certificate is in the GnuPG keyring, just verifying an OpenPGP-signed tag in the git revision control system made by this certificate is now extremely expensive. git tag -v $tagname, for a tag that is signed with the signing-capable subkey of this certificate consumes 145 seconds of CPU time (tag signature verification often happens as part of an automated process, and typically takes much less than 1 second of CPU time).

It's worth noting that there is no cryptography involved in what GnuPG gets stuck on: since the public keys are not available, none of the signatures get cryptographically verified. It's taking minutes to traverse a 17MB database of 50K rows. Even running gpg -k to list the available public keys takes one minute of CPU time.

There is no way to tell GnuPG to ignore signatures from unknown keys, and it looks at them for every operation.

Again, this is not a surprising or unexpected attack.

We've seen various forms of certificate flooding before, including spam on Werner Koch's key over a year ago, and abuse tools made available years ago under the name "trollwot". There's a keyserver-backed filesystem proposed as a proof of concept to point out the abuse.

There was even a discussion a few months ago about how the SKS keyserver network is dying.

So none of this is a novel or surprising problem. [...]

What should be surprising is that software designed to resist state-level adversaries, and advertised to at-risk users all over the world, has trivial, well-known O(n²) behavior, in an ecosystem based on permission-less append-only lists of attacker-provided inputs.

I really don't blame the volunteers that do what they can with the resources they have, but if the OpenPGP ecosystem is not equipped to serve its users, at some point we need to give up, stop recommending it to sensitive users who trust us, and move on to modern alternatives. Where they are missing, we'll have to build them.

Anyway, nobody knows how to fix it at the keyserver level, because the software is an unmaintained OCaml Ph.D thesis, and because the pool is decentralized and there's no one in charge to make the nodes upgrade. I don't really get the latter argument, because surely someone operates the pool.sks-keyservers.net DNS entry and they presumably can kick out out of date nodes, but ¯\(ツ)/¯

DKG convinced the GnuPG maintainer to filter third-party signatures during imports when there's too many, but it looks like it's still not a robust fix against actually malicious attacks. As for the code that takes minutes to traverse 17MB, it's going to be replaced at some point by an ad-hoc transactional database implementation. SQLite was rejected because of some concerns about its journaling implementation that don't match my understanding of how SQLite works[4], which is not encouraging.

We know that. The problem is that we can't simply switch to sqlite for key storage because it is common that dozens of gpg processes are accessing the key data base. At least at some points we need proper transactional behaviour and Sqlite implements that by talking a temporary copy of the database - not an option for large keyrings.

We have a plan and already some code for 2.3 to fix that. This is why I set the priority to normal.

Finally, there is a new keyserver called keys.openpgp.org, which verifies email addresses before associating keys to them, and only accepts updates signed by the master key. While this solves the flooding attack, it also makes it impossible to distribute third-party signatures. Without even the possibility of using the web of trust, and with a mild guarantee that keys for alice@example.com weren't uploaded by random people, I expect it will become a trusted authority mapping recipients to keys. Without technical measures to guarantee its accountability and transparency in operating that trusted role, it wouldn't be considered acceptable in a modern system.

Alla prossima with an issue about happier cryptography!

For reading through 2k words on OpenPGP, here's a picture of a fireplace in Argentina. 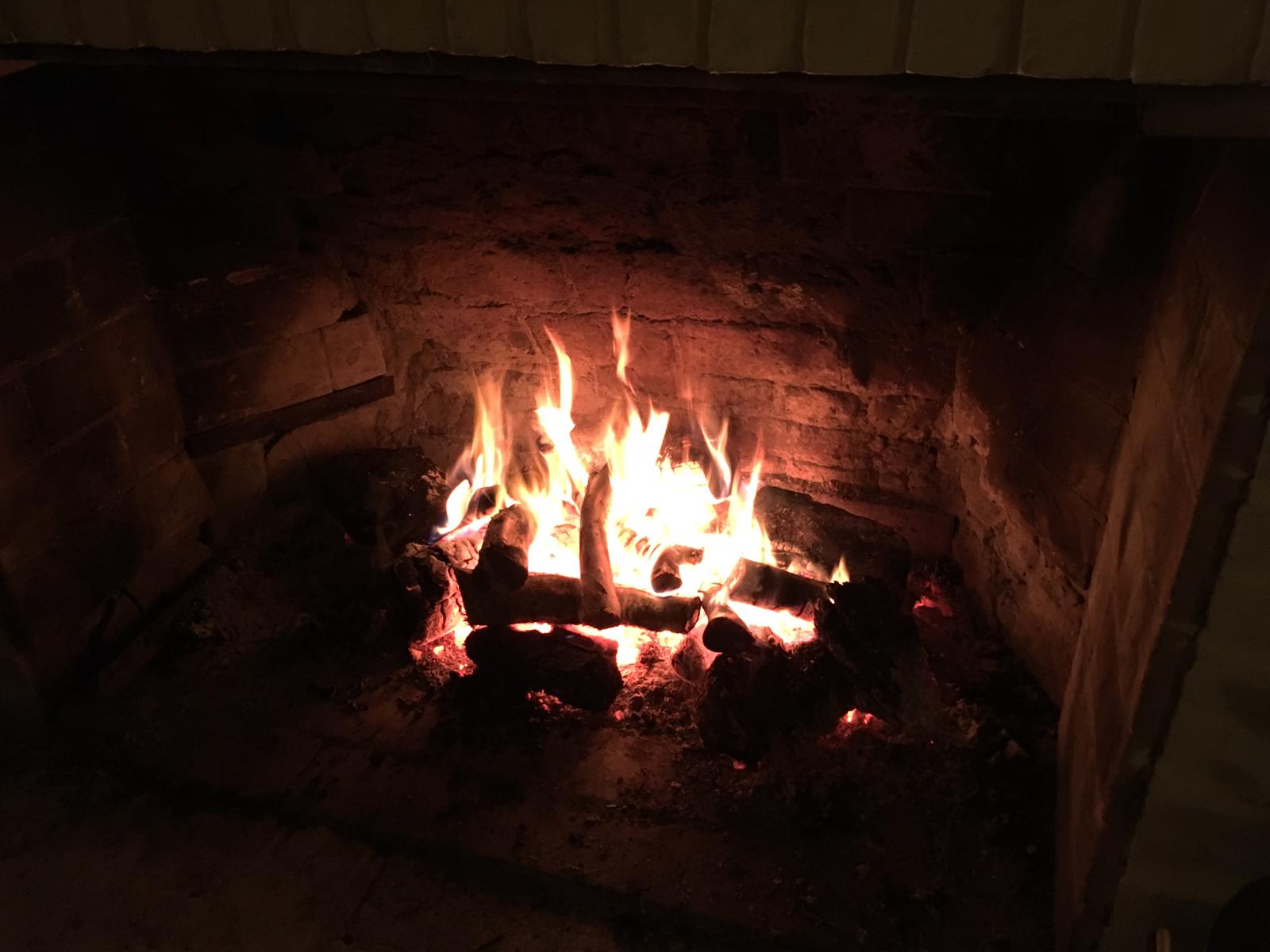 I'd like to thank Marf Foster for her encouragement, review, edits and comments.